The Best of Trail Running

Get off the beaten path, away from rough roads and traffic. We don't want to spoil it for you, but here are some things you'll encounter on your run:

What's Included in Your Race Fee 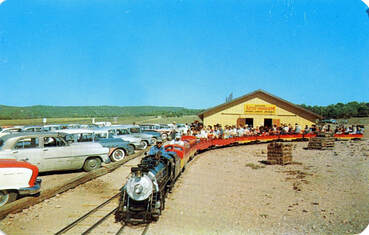 ​When the Royal Gorge Scenic Railway closed in 2012, the City of Cañon City lost a community icon. Operated for over 50 years and beloved by many, the small-scale tourist train took its last tour on September 30, 2012. In the summer of 2020, however, Cañon City will celebrate the re-opening of the trestles and a new era for the historic Point Alta Vista viewpoint.
​
Greg Tabuteau and his wife, Judy, purchased the Royal Gorge Scenic Railway (not to be confused with the Royal Gorge Route Railway, which is still in operation) in 1981. They later purchased the Buckskin Joe western town, composed of historic buildings from near Alma, Colorado and the Cañon City area, in 1985. The train ran successfully for many years, offering a 30-minute ride from the station, across various trestles, to Point Alta Vista. The unique viewpoint is a covered patio area that overhangs the rim of the Royal Gorge. It offers sweeping views of the Sangre de Cristo Mountains and of the Royal Gorge Bridge.

In 2010, Tabuteau sold the property and historic buildings to billionaire Bill Koch, who moved the majority of the historic buildings to his ranch near Gunnison, Colorado. The train shut down two years later, leaving behind the trestles and train tracks. Public access to the area was near impossible, lacking any access points or viable routes. “We very nearly paid to have them removed,” says Councilwoman Ashley Smith. “But the expense was too great. I am so glad that we left them then so that we could spend that money wisely and refurbish them today.”

In 2018 Royal Gorge Rafting & Zipline Tours and Whitewater Bar & Grill owner Ty Seufer purchased the 806-acre property containing 3 of the 5 train trestles. With the inception of his new business venture – the Royal Gorge Ranch & Resort – Seufer offered to open his land and future trails to the public, while also refurbishing the trestles that lie on his property. He, along with local advocates including recreation group Fremont Adventure Recreation, made a plea to the City of Cañon City to budget funding for the refurbishment of the remaining 2 trestles, completing the historic loop. City Council designated $140,000 of City funds to enable the refurbishment of the trestles, which included engineering studies, new decking, stabilization, and railings. The defunct railroad bed has now been converted into a trail.
​
In the months that followed, crews have worked diligently on the trestles themselves, as well as on public trails that will allow runners, hikers, and mountain bikers to access the property. “We’re super stoked to show off all the work that we’ve done over the past 11 months the trails, including the climbing area, the lots, and the clubhouse,” says Royal Gorge Ranch & Resort owner Ty Seufer. “Everything about Royal gorge ranch and resort is going to be world class.”

The Point Alta Vista Trail Races and the Royal 50 Mountain Bike Race are the premier events held at the historic property that also utilize these incredible trestles. Be sure to join FAR and the Royal Gorge Ranch & Resort for these epic events.